It was the famous journalist Jimmy Cannon who when faced with nothing particular to write about would fill his columns with a random series of opinions on anything he felt like saying. He’d begin every topic with “Nobody asked me, but…” and then go on to observe the world as he saw it. While I am privileged to post blogs about collaboration for The IMCCA, Cisco, InfoComm, LinkedIn and my own site, and to submit the occasional (award winning) travel blog to JoeSentMe, I haven’t had had a place to air my rambling opinions that are too big for Twitter and too brief for a blog. With that in mind I am honored to support my friend David Maldow and his new Lets Do Video site with a recurring (when I feel like it) column of ramblings, rants, snark and musings about the things I know best – technology, AV, collaboration and multimedia (with what I’m sure will be a smattering of opinions on science fiction, travel and popular culture.) I’ll apologize now – just this one time – to anyone who may be offended by any of my comments and opinions. However, in most cases, the worst I’ll be doing is just putting in writing what industry insiders are saying anyway. If it’s not what you wanted to hear, well as I said, nobody asked me… 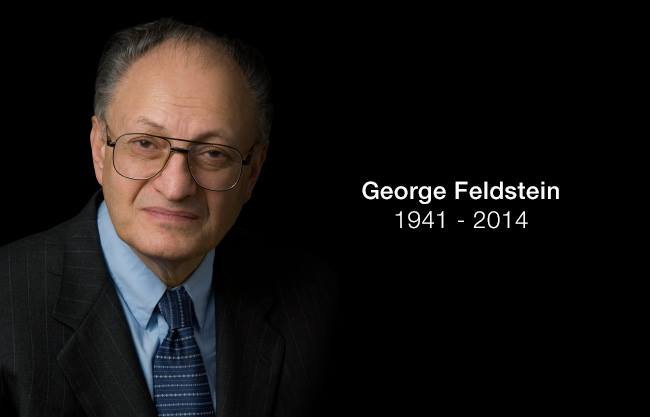 Nobody asked me, but it’s hard to think of someone who has done more for the multimedia and collaboration space than George Feldstein did. This visionary – the founder of Crestron Electronics –passed away on November 4th. He was the first to understand that the user interface was critical to adoption of technology, and the first to realize that reliance on overly complex programming of that UI was not going to be an industry staple much longer. He helped guide his firm into smart building technology, digital media technology and other parts of the transformation of meeting spaces around the world. George was profiled in this excellent article in Forbes in 2011. The many times I spoke with George he would always be intensely focused on his latest idea or invention – and as sharp as a razor. No one will forget his appearance on the Manufacturers’ Forum panel at InfoComm 2007 when a housefly buzzed his head and he quipped “help, I’m being bugged” (an inside reference to a recent eavesdropping issue his firm had experienced.) Our industry has lost one of its pioneers – and more than that, a great man who knew you don’t stay ahead by just doing more of the same thing in this era of transformation. 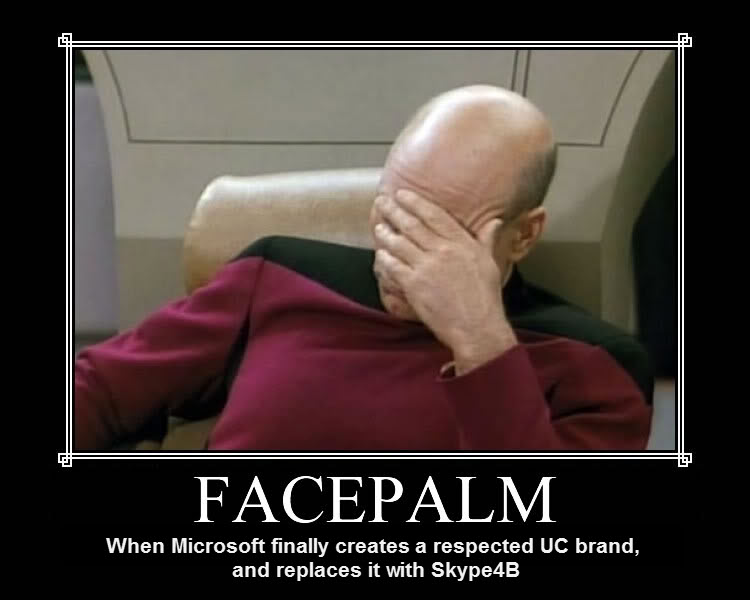 Nobody asked me, but while we are on the subject of RIP, many were shocked to learn that it’s time to say goodbye to Lync. There’s a big red spot in the middle of my forehead called the Microsoft spot. It is inflamed because of how many times I just have to slap my forehead in the classic Picard facepalm because of something utterly ridiculous that Microsoft has done. Everyone hoped that with a new CEO the trend would pass, but clearly that’s not the case. In a move one analyst called a “rebranding without a cause” team Redmond has decided to toss away the “Lync” brand they painstakingly developed into a powerful contender in enterprise collaboration and rename their enterprise desktop product “Skype for Business.” Again quoting that analyst, “having drawn the distinction between consumer-grade Skype and business-ready Lync, this rebrand may destroy the enterprise credibility Lync has fought hard to establish… [and the] brand equity Lync has garnered over its … history.”

The Lync / S4B product itself will of course remain a viable enterprise UC solution with appropriate features and upgrades going forward. This is purely a branding decision which in my opinion is a move that will not bring any good to Microsoft. Microsoft ‘fans” will still advocate for the technology, and MS detractors and competitors will still rally against it – so this rebrand doesn’t sway anyone on a technical level. At an emotional level the “Skype” brand evokes free, unstable, unmanageable video to technologists at large enterprises (the market MS should be after) and it represents free videoconferencing to SMBs. All it will do for the business user is cheapen the perceived quality of the product and make people question why they have to pay for something they think is free. More than that however, Microsoft manages in one incredibly stupid move to do what their competition has been striving to do for years – completely devalue the Lync brand. Beyond representing “free video” to the masses, “Skype for Business” ultimately represents the height of an oxymoron to those informed. Social media has been full of other potential branding-failure oxymorons just like S4B since the announcement came out:

Nobody asked me, but RIP as well to some people’s sense of humor. Apparently everybody loves industry commentary when it is truthful and witty – unless of course you’re writing about them or their firm – then it’s anything from not-funny to downright insulting and requiring a public apology. Regrettably that happened a couple of times in October. The situations reminded me of the time that I was hired by one department at a large university specifically to help them cut through red tape. They loved the efforts, until I got around to that department’s red tape – that they didn’t like so much. Words as mirrors are uncomfortable things….

David Danto has over three decades of experience providing problem solving leadership and innovation in media and UC technologies for various firms including AT&T, Bloomberg LP, and Morgan Stanley. He is currently the Principal Consultant for collaboration, video, and AV disciplines at Dimension Data, as well as IMCCA’s Director of Emerging Technology. Email David at David.Danto@Dimensiondata.com to learn how he can help your organization solve problems, develop a future-proof collaboration strategy for internal use, or develop user-focused go-to-market strategies for your collaboration product or service. The opinions expressed in David’s commentary are his own, and are not representative of Let’s Do Video.