As amazing as the natural world is, despite all of its beauties and wonders, it can apparently be improved by looking at it through a video camera and adding cartoon creatures.

The Pokémon GO phenomena is unprecedented and everyone in the gaming, app development, and video fields are trying to figure it all out. For those who don’t know, its main appeal is that it uses your real world environment as the game’s playing field. The app shows your location on a real world map, and indicates where you should go (again, in the real world), to meet game objectives. In other words, you walk to the park and catch Pokémon with your phone. The game actually gets people to move. If you don’t believe me, check out this short video of a mob rushing into Central Park NY to catch a particularly desirable Pokémon.

There are already plenty of articles on the web about how businesses are monetizing Pokémon GO by using it to draw people to their stores. So I would like to look at it from a slightly different angle and see if there is anything the business video/collaboration community can learn from its success.

Before we start, let’s take a quick look at a couple of Google Trends charts. The first shows the trends of the last few huge mobile games; Angry Birds, Clash of Clans, and Candy Crush.

This next chart is the same exact data, but with the addition of Pokémon GO.

Obviously, when this many people are using the cameras and video capabilities on their phones in a new way that takes the world by storm, Let’s Do Video is going to sit up and pay attention. To be clear, augmented reality apps aren’t exactly new. For years now I have had apps on my phone that make it appear as if cute cartoon bunnies are hopping around in my camera’s view. 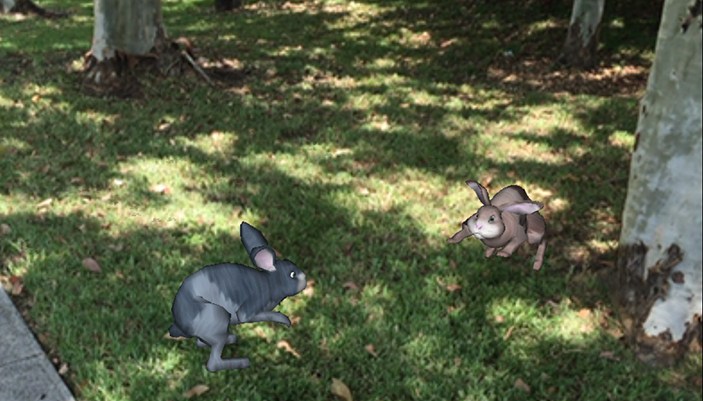 What is interesting about Pokémon GO is the fact that the augmented reality aspect of the game is not even necessary. You can turn it off in the options and still play the game, but people choose to leave it on. They like it. It makes the experience more engaging. It is one thing to walk around your neighborhood until your phone buzzes and says you can catch a Pokémon. It is another thing to look on your screen and see the Pokémon in your actual environment. 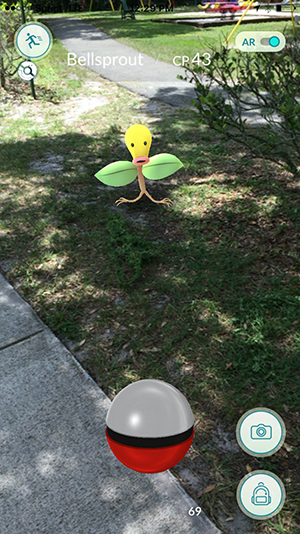 With business video, we have a bit of a wall between video and collaboration. I am generally either sharing my full sized video, or sharing my screen with my video in a small window. Many meeting rooms and desktops are set up with two screens; one for video and one for data/collaboration. Perhaps, in some cases, augmented reality could provide a better blend. This does already exist in some forms, but not at a price ready for mass consumption.

Have we reached a cultural tipping point where people not only accept, but enjoy augmented reality? Are we ready, and is there a need, for it in the meeting room? It certainly seems worth exploring. If you are aware of any developers or applications already along these lines, please share it in the comments below.