In 1948, Harold Osborne predicted, “when he wishes to talk with anyone in the world, he will pull out the device and call his friend. Then turning the device over, he will hear the voice of his friend and see his face on the screen, in color and in three dimensions.”

And here we are today. As a society, we interact seamlessly with people all over the world using our tablets, laptops, and mobile devices. We have our pick from the many solutions offered today that allow us to talk and see one another over video in real-time.

In this edition of Throwback Thursday, we remember the videophone. 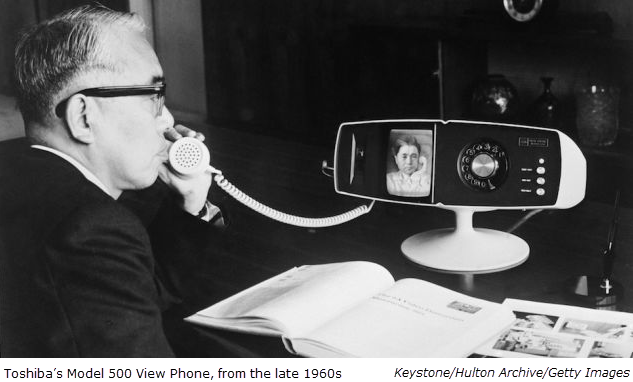 In 1891, Dr. Alexander Graham Bell had a vision. He began writing down conceptual notes on the electrical radiophone, which dabbled in the idea of “seeing electricity”. He was quoted stating that “the day would come when the man at the telephone would be able to see the distant person to whom he was speaking.” Spoken like a true innovator – way ahead of his time.

This advanced concept didn’t really catch on until the mid-1920’s when civilization was able to catch up in their understanding of this science. The term “video” was coined in 1935 and soon after, the videophone concept went from far-fetched imagination to reality.

To give you an idea of the quality and speed, some of the most advanced videophone systems boasted 8-inch square displays with a resolution of 180 lines (initially 150 lines), transmitting some 40,000 pixels per frame at 25 frames per second! I will remember this the next time I complain about my “slow connection” and appreciate how far we have come.

I have a memory of watching the movie Total Recall and just being blown away by all the futuristic technology. I used to think it would be so cool to actually make a call and talk over video, just like they did in the movie. 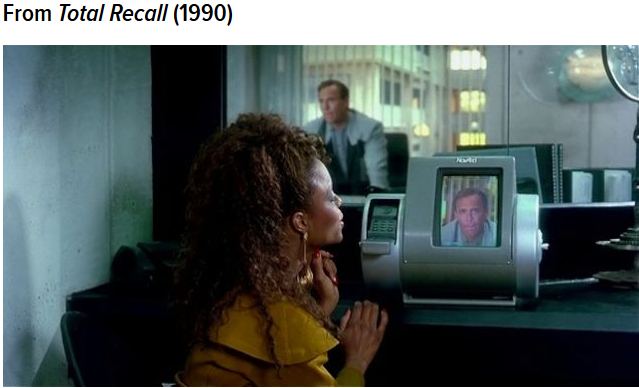 Today, we have the technology that allows us not only to communicate with our friends and family, but with our colleagues across the globe with solutions that range anywhere from 30 – 60 frames per second and 2,073,600 pixels (1080p resolution)! 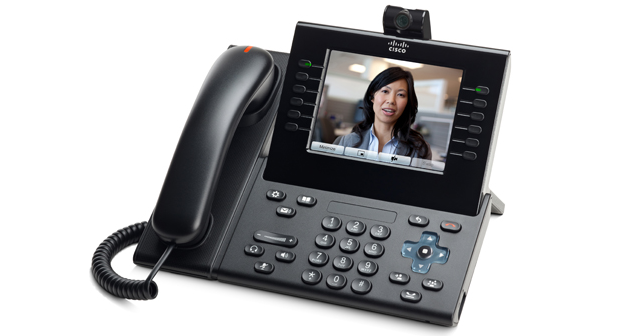 Do you have an idea that you’d like to submit for our next edition of Throwback Thursday? Let us know – tag us on Twitter with #LDVTBT

Ana Perez is the Chief Operating Officer (COO), digital solutions guru, and founding member of LDV. Her background in web development, branding and cybersecurity has fueled her passion to continue diving deeper into all aspects of technology. When she's not busy breaking records in the sport of Powerlifting, Ana loves to stay in tune with the latest trends on productivity, remote collaboration methodologies, and all things virtual.