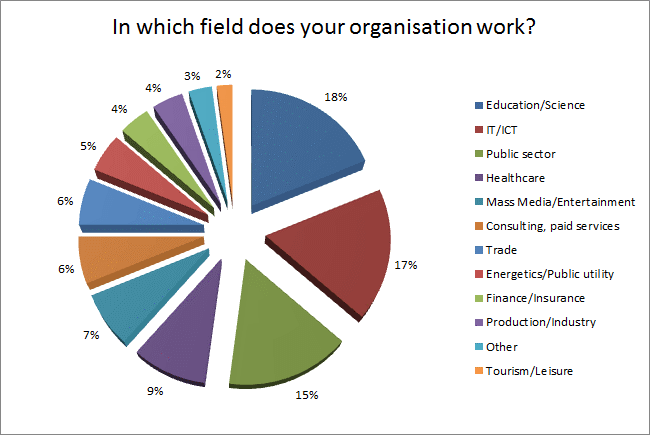 January 20, 2015 – More than 100 IT specialists, CEOs, and leaders within IT departments, enterprises and organizations across the Russian Federation responded to the survey. More than half of the conference participants are engaged in the education, science, high technologies, information and communication technologies, healthcare and public sectors. 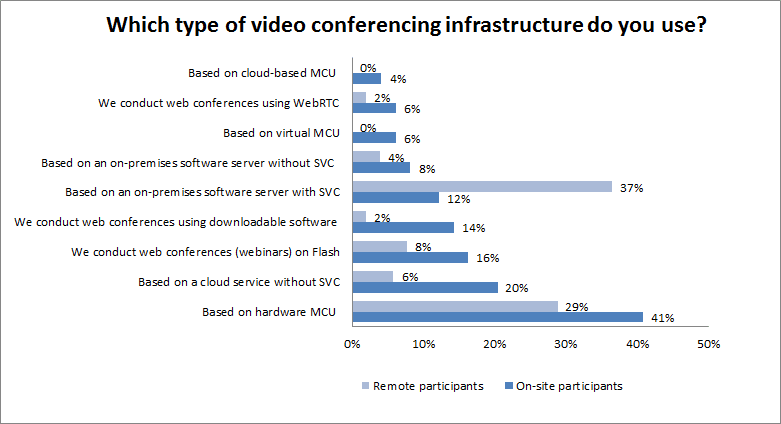 The overwhelming majority of respondents — nearly 80%, would like to be able to see up to 10 participants on the video conference screen at a time, but only 14% would like to see more than 15 participants. The study showed that 49% of users are willing to manage the video session themselves and only 40% of them are willing to let a video conferencing administrator manage the session.

“The findings of our research confirm the worldwide movement away from video conferencing towards unified communications systems: from MCU architecture towards SVC, from meeting rooms to PCs and mobile devices,” says Michael Gotalsky, TrueConf CEO. “User requirements are changing: they want to always stay in touch, to choose devices themselves, to get high-quality video and audio and at the same time not pay too much. The TrueConf team are absolutely ready to leverage these changes, and we believe that this will fuel the development of the video conferencing market.”

About TrueConf, www.trueconf.com
TrueConf equips PCs, mobiles and meeting rooms with high quality video conferencing and collaboration solutions. TrueConf apps and solutions are easy to use and are fully compatible with legacy and SIP equipment, meaning that you save money on infrastructure while still utilizing state-of-the art technologies like scalable video coding (SVC) and intelligent stream manipulation.

More than 1500 companies and 3 million customers around the world choose TrueConf to meet their video conferencing needs. TrueConf native client apps are powered by 100% software architecture, and our products are available as both an on-premises solution and as a cloud service for end-customers and partners.