The wait is over and season three of Orange is the New Black is finally here. The show’s first two seasons gave us a chaotic look into halls of Litchfield Penitentiary. If you’re like me, you’ve grown to love both the inmates and the staff during the last two seasons. I for one can’t wait to see what happens next.

The start of season three presents a good time to reflect on the complicated world of American prisons that series creator Jenji Kohan has exposed. The show has been rightfully commended for showing a balanced portrayal of how prisons are run – from both the guards and prisoners perspective.

Here’s an example. In season two’s series-shaking opener, Piper is taken out of solitary confinement and forced on a journey to Chicago to testify in the trial of drug lord Kubra Balik. Along the way she reconnects with Alex and the two make a plan to commit perjury to put Kubra away. As we learn from watching, things don’t go well for Piper.

These actions are made for exciting TV drama. However it also presents an interesting point. The transportation of inmates happens on a regular basis and can be tremendously costly.
Transporting inmates comes at a huge cost to the American taxpayer. For example, the cost for an outside agency to fly a prisoner one-way is about $1,150.

There is also a steep personal price that’s paid as well. During the journey, Piper is on a plane with a mix of other inmates and prison guards’ and she is forced to be in close quarters with aggressive male inmates and is forbidden from using the plane’s bathroom.

Having inmates use video conferencing for testimonies can save the judicial system millions of dollars annually. Consider the Virginia Supreme court, to remove the task of transporting the accused to the magistrate and waiting for a decision the Court department implementing video technology to manage probable cause and bail hearings, and as a result have reported savings of $1.2 million in one year alone.

This doesn’t even account for the liability cost of moving prisoners out of their cells and into a new location. This can often result in some unexpected problems, as avid fans will recall when during their transportation to the courthouse Alex and Piper collude to lie under oath. And, this could be even worse. You may recall the instance in Merced when convicted murderers escaped during their transportation from jail.

While I would hate to take the drama out of Orange is the New Black, the real-world technologies would ensure a drama-free and healthy judicial system. Not to mention, keeping patients healthy can also be another reason implement video. Another lesson for the powers that be at Litchfield: Do not give car keys to an inmate to assist others to the hospital. After driving inmate Miss Rosa to the hospital, Morello (known for her stalking) breaks into the home of her ex, Christopher. While in this case Miss Rosa needs to take in-person trips to hospitals, in many instances transport for healthcare can be dramatically reduced. For example, Michigan Department of Corrections (MDOC) is implementing telemedicine technology in its correctional facilities and has reported savings of more than $125,000 in annual transportation costs – no inmates have also gone missing either!

Another benefit of video conferencing is in the practice of furloughs. Using furloughs, important inmate activities can be handled in a manner that reduces cost by removing the need to send security alongside the inmates. Plus imagine if Piper had the privilege to call her fiancé via video – not only would it create a better experience, it would also allow her to avoid the chaotic emotionally charged phone area.

So while we would all miss the drama being sucked out of our favorite binge-worthy show — the benefits to inmates, staff, and taxpayers make video conferencing a no-brainer.

Video also has the power to create more meaningful connections. Movie and TV show depictions of communication between friends and family mostly conducted with a sheet of glass and two phone receivers. But imagine if family members and friends to communicate from the comfort of their own home. In a situation like that, I think about inmate Sophia’s son who has expressed an anxiety about visiting his mom in prison. No doubt, his story is common in the real world, and video has the potential to remove those anxieties.

Prisons all around the world have the opportunity to improve their practices, ensuring inmate and warden safety. While it might not save Piper now, imagine the difference in the story had video been there…” 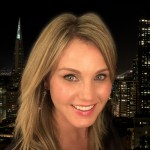 Prior to Polycom, she spent over a decade at Cisco Systems in numerous marketing leadership functions across services marketing, corporate marketing and corporate communications. Prior to hi-tech, her career began in automotive marketing, representing global brands Porsche and BMW.   Hall holds a bachelor’s degree in communications from the CSU East Bay, is married with two children and is based out of the Polycom’s headquarters in San Jose, CA.